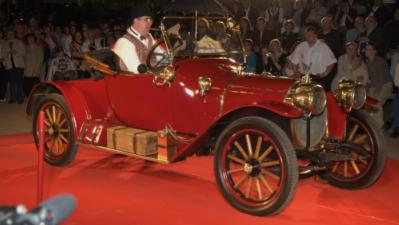 From 2 -5 June, more than forty crews of oldtimers from different parts of the world will meet in Piestany already for the 20th time. 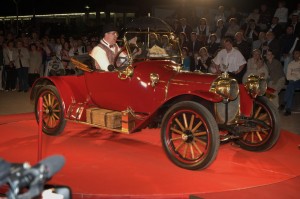 The Spa Island will be honoured by the visit of racers from Canada, Switzerland, Austria, Germany and the Czech Republic. This year, beside exceptional models like Praga Li and BELSIZE, both produced in 1914, we will also have the opportunity to see a Chenard Walcker Frankrig or Ford T Touring from 1912 or curiosities like the Holley from 1896.

The participants will arrive with their historical “sweethearts” at Spa Island on Thursday 2 June. On the same day, they will have a sightseeing tour around Piestany, which will end at the Balnea Esplanade Palace hotel with a gala dinner.

On Friday, the tournament will start and the racers will show off their polished historical steeds along the route Piešťany – Vrbové – Senica – Spa Smrdáky. Afterwards, the cars will drive through the pedestrian zone in Piešťany and their fans can admire them in front of the restaurant Griffon in the city centre, where they will be presented, one by one, to the audience and guests.

The programme will continue on Saturday 4 June when at 10 a.m., after sanctification of springs at Spa Island, the oldtimers will show up at a parade during the official Opening of the Spa summer season. Their route will go across the Glass Bridge and pedestrian zone to the House of Arts.

After the”Graceful Ride” the participants will have opportunity to experience the healing effects of the sulphurous mud and the thermal water in the Spa Piešťany.

The “Golden Ribbons” event will culminate on Saturday 4 June at 20.30 with the gala show “Concours d´ Ělégance“ where the oldtimers will be displayed in  their full glory in front of the art nouveau Hotel Thermia Palace, which itself is nearly 100 years old. Here, the owners of the oldtimers will be eagerly waiting also for the announcement of results.

The competition will be for the most beautiful car from the years 1918 and 1919, but also for the best tuned crew in historical dress. As the last point of the programme, the spa has prepared a spectacular firework display.
For lovers of oldtimer vintage cars, the 20th year of the tournament “Golden Ribbons” – Concours d ‘ Elégance will certainly be an unforgettable experience. Every year, Ján Horňák, the president of the Veteran club and owner of the Museum of Oldtimers, together with the Director General of Spa Piešťany Klaus Pilz, honorary President of the tournament and owner of the vintage Škoda 110 R Coupé and MG Cabriolet, participated in its preparation. The tradition of  “Concours d´ Ělégance” was established by the Winter family in the last century and the Spa has managed to successfully keep on the tradition.

Make the Golden Ribbons part of your annual events calendar!