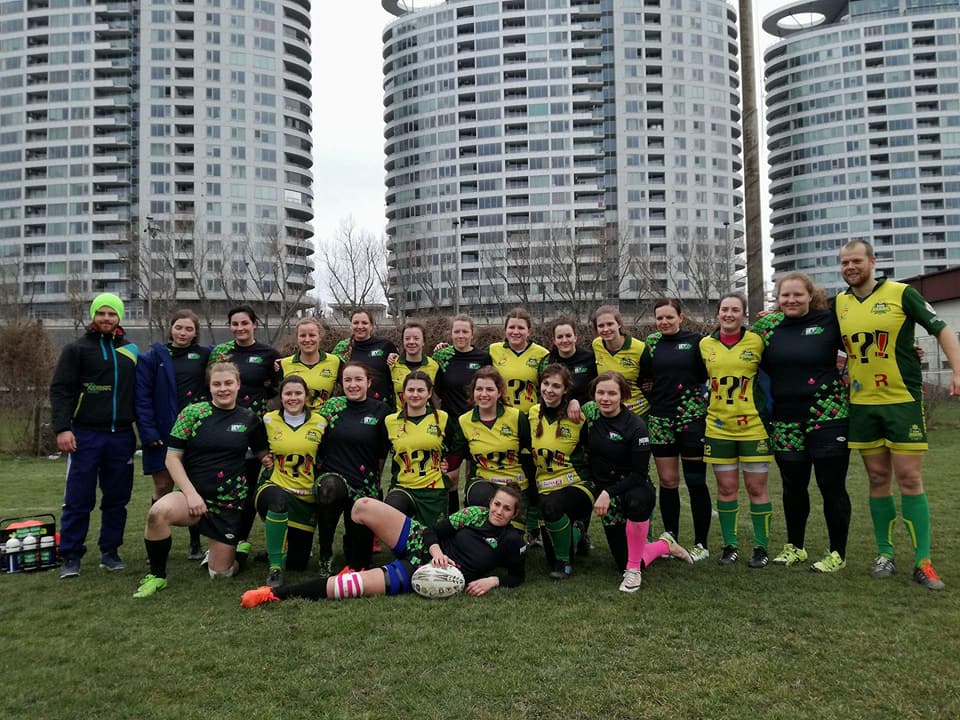 The Rugby Klub Bratislava has hosted last week-end a women tournament, for the first time in his history.

The ladies have competed in a rugby 7s format, 2 times 7 minutes per match, for a total of 4 matches.

The teams set for this event were the Slovak Barbarians, with a mixed team players from Bratislava, Zilina, and Kosice, against the rugby club Brno Dragon more experienced. Both team have competed to a high level during the first two matches. However, due to lack of physical preparation, the women for the selection SK Barbarians have decreased their pace and let their opponents mastering the game.

That event was set before the test match Bratislava vs Zilina, and a lot of supporters went to see this event, supporting ladies from Slovakia and Czech Republic, but also from England, Wales, and Greece.

The Rugby Klub Bratislava was very pleased to organize such event, and 2018 seems very promising season, with the senior squad growing pretty well.

Rugby is more than a sport in Bratislava, and Slovakia, a very strong community with Slovaks and Expats.