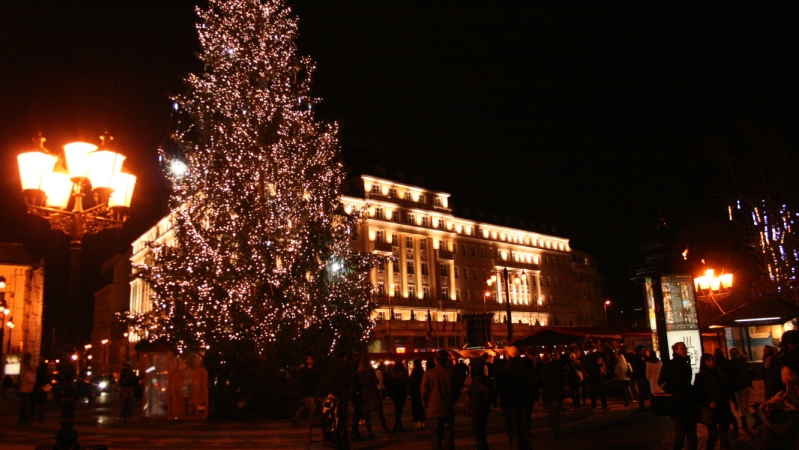 Looking back at 2012 in Slovakia, the year was littered, like previous years, with various cases and affairs, with justice and democracy hardly prevailing. The year kicked off in the atmosphere of the Gorilla corruption affair, but one year on exactly just one person has been prosecuted, ironically it is the guy that supposedly made the recordings, the transcripts from which incriminate top politicians in crony relations with Penta financial group.

The mass demonstrations and public outcry over the alleged corrupt ties between the financial giant and public servants eventually fizzled out after Robert Fico’s Smer-SD party enjoyed a landslide victory in the elections. Oh yes, the investigations are still ongoing, but these could now be abused to put pressure on certain undesirables instead of the real perpetrators, if any. The Gorilla affair somehow played right into the hands of PM Robert Fico, who now enjoys a majority stand-alone government as a result.

Other events in the year included the controversial ruling that former President Kovac was to apologise to Ivan Lexa, the former head of the secret service SIS, accused of kidnapping the president’s son in cahoots with then PM Vladimir Meciar. There was also the case of Archbishop Robert Bezak, who was taken out of his archdiocese by the Pope himself, while Bezak still maintains that it was for uncovering dodgy bookkeeping under his predecessor Jan Sokol. Sokol is now being investigated in this respect, but Bezak remains bitter, and can hardly be blamed for feeling that the Church betrayed him.

As the new government started reverting everything back to the ‘old system’, it soon became clear that everyone would have to cough up more money, with tax and levy hikes across the board. A series of strikes followed, from doctors, teachers, judicial workers and so on. It was clear from the start that this would also affect the attractiveness of the country for foreign investors, whether current or potential, and the planned departure of US Steel from Kosice and the French and German energy giants from Slovak gas utility SPP could be confirmation of this.

The case of the Slovak mum who lost her two kids to the UK Social Services drew a lot of attention to how the system works in the UK, with a whole host of people and organisations pointing to faults and dishonesty in the system of forced adoptions, for instance. The issue saw two protests take place outside the British Embassy in Bratislava, and the media attention and pressure led to the Slovak authorities becoming more involved, and to the return of the children of two Slovak families so far.

There is no need here to mention the countless dubious tenders and deals that were made during the year, because they are happening faster than anyone can write about them all. Looking back at the year overall, we can see many cases of outrageous injustice, blatant corruption, and sheer arrogance from those in power, like President Gasparovic’s refusal to appoint the duly elected Attorney General. We therefore step into 2013 with the knowledge that there is still so much to be done in Slovakia before we can truly call it a democracy and a state of law.

Now as the year 2012 slowly comes to an end, and not the world as many assumed, we would like to thank everyone who supported TheDaily, all our partners, and our loyal readers, of course, without whom we would not do it. Saying that, we will be taking a Christmas break as of today until January, but will still publish about any major news that might take place. So on behalf of all our contributors, I would like to wish you a very Merry Christmas and a Happy New Year in the company of those you love and who love you.