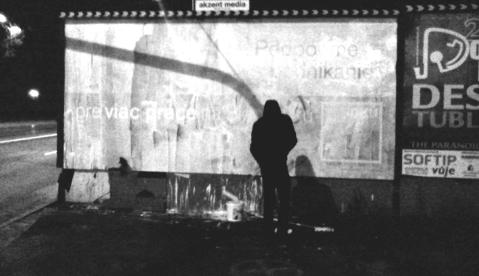 A group calling themselves Generacia ’89 (the 1989 Generation) chose an unusual but effective way to demonstrate against the political culture in Slovakia, by painting over the pre-election billboards of political parties.

During the night on Sunday, the group attacked billboards of all parliamentary parties (Smer, SDKÚ, KDH, SNS, Most-Híd and SaS) with the message that they “want to cleanse Slovakia of dirty practices and populism”, and that they  have had enough of politicians who for 22 years have been involved in “countless corruption affairs, plundering of public finances and property, or who are suspected of dirty practices in co-operation with financial groups”.

The movement of young people, students, artists and sympathisers are demanding change and that the Gorilla corruption affair also be properly investigated and justice imposed. They say it is time for a real democracy and that they will be making similar protests in the near future.