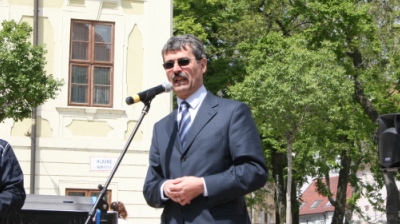 Yesterday an agreement was struck, at least in terms of political will, on the so-called Bratislava Integrated Transport system (BID), which among other things will see a tram line traverse the River Danube and should ease up congestion in the capital.

Mayor of Bratislava Milan Ftacnik agreed with transport minister Jan Figel and head of Bratislava Region following talks yesterday, and so now the city can start targeting EU funding for the EUR 500 million or so comprehensive project.

Minister Figel outlined how improved rail links between Bratislava and the surrounding areas in all directions as part of the BID should help a lot, and so hopefully help reduce the congestion on the roads leading into the capital. The almost redundant Bratislava-Filialka train station should be used as an underground terminal.

The system should be far more integrated than now, meaning public transport will be better linked to the rail network with better connections to the likes of Malacky, Pezinok, Senec and Dunajska Streda