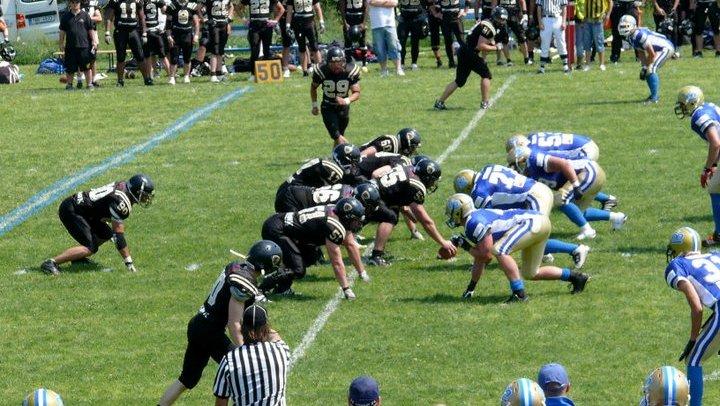 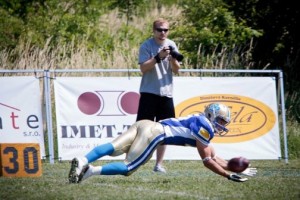 After tearing through the Slovak Football League last autumn en route to a national championship, the Bratislava Monarchs are ready for their initial test in their new league; the Central European Interleague (CEI). This Saturday (April 21st) the Klek Knights come to town for the Monarch’s home opener. As the Monarchs have spent the majority of their existence in the Czech league, this is the first time these two teams will face each other. 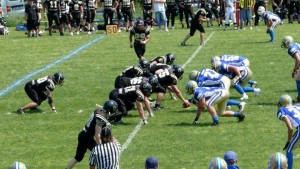 Founded in 2004, the Klek Knights have enjoyed success in the Serbian American Football League and are ranked in the top 20 European teams at #19. However, in the CEI opening game on April 7th, the Gyor Sharks traveled to Serbia and drubbed the Knights 33-8. So this much is certain: The Gyor Sharks are in the top 18 teams in Europe and the Knights will come to Slovakia with a chip on their shoulder.

This year’s Monarchs team looks very different than last year’s. Key players have left, there’s only local talent (no imports), positions have been shuffled, new faces have tried out and a handful of juniors have graduated to the big time. Saturday will be a test to see how the Monarchs rank after all of the changes and uncertainty. Kick-off is Saturday at 3:00 PM at Istrochem Stadium, Nobelova 14 in Bratislava. As usual, you pay for the whole seat (€2) but you’ll only need the edge! BYOB.

2012 CEI Schedule (For all you non-Slovak speakers, home teams are in the left column): 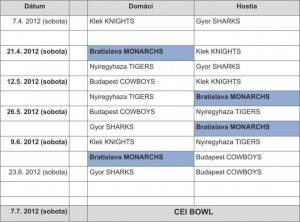