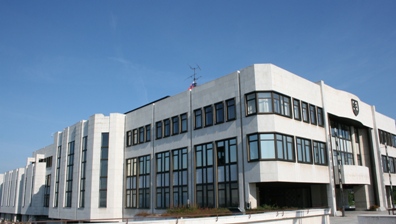 Renowned hacker group Anonymous has launched an attack on Slovak establishments once again, this time targeting parliament and taking out the website of the National Council of the Slovak Republic yesterday evening.

The motive for the latest attack, one of many in the past few days, is that the National Council was pondering holding the organisers of the Gorilla protest on Friday liable for damages. Around 3,000 protesters had made their way to Parliament, breaking through police barricades to make it right to the doors of parliament. In addition to throwing bananas and eggs at the glass doors, some of the protesters also damaged one of the doors using firecrackers.

The organisers of the Gorilla protests believe it was caused by extremists who used the protest as a cover. The National Council spokeswoman has said that it will most likely not pursue its action now.

The anti-Gorilla protests are set to continue this week, with around 13,000 people already confirming on Facebook their participation in the Gorilla II protest, which will start at 3pm on Friday. Other protests will be taking place simultaneously in other cities around Slovakia, with around 5,000 already confirmed for the protest in Kosice and 3,500 for the one in Zilina.