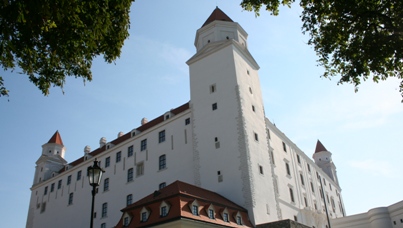 Construction company Vahostav has won yet another lucrative contract from the state to reconstruct and renovate premises at Bratislava Castle, with question marks raised about tailor-made qualification criteria and also whether the company will respect its original bid, daily Hospodarske Noviny reports today.

The contract, signed this week, is worth around EUR 26.1 million and involves the renovation of the former horse riding hall and other parts of the castle, and construction of the new car park being developed below the castle.  The authority responsible for the contract claims the company was chosen based solely on the lowest bid.

That may not be the final bill, however, as the last contract carried out by Vahostav at the castle was supposed to have a price tag of EUR 32.9 million, but in the end the taxpayers had to cough up almost exactly double that amount, i.e. EUR 74.5. It is not the only time such a situation has occurred, as the company built a 3-km section of motorway between the village of Skalite and the border with Poland that was initially to cost around EUR 41 million, but the final price for the state came to EUR 87 million.

Vahostav was also lucky enough to satisfy the strict criteria of the tender, which included work on buildings of exceptional historical value in the past five years and buildings from the 18th century. Whether the conditions of the tender were created to suit Vahostav specifically is always hard to prove, but independent watchdog Fair Play Alliance says it is discriminatory and possibly dubious, especially as the previous contract for work on the castle did not have these conditions.

Things seem more suspect as Vahostav is controlled by companies associated with Juraj Siroky, who is long believed by the media to be a secret sponsor of the governing Smer-SD party of PM Robert Fico.