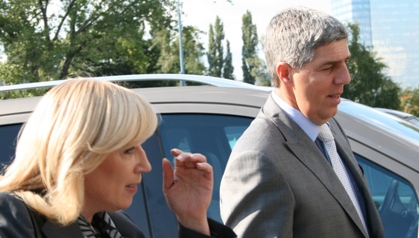 The coalition is still travelling the long and winding road of selecting a common candidate for the post of Attorney General. A lot of importance is being put on this post, but even after countless meetings, the coalition still cannot agree.

At present two candidates are in the race, with main coalition party SDKU backing Jan Hrivnak, while its three coalition brothers have agreed on their own candidate in the shape of Jozef Kandera. This is their second common candidate after the SDKU rejected Eva Misikova after the first round of voting. Both the current candidates already work at the Attorney General’s Office and Kandera used to be a judge with the Supreme Court.

The Coalition Council will have its last chance to reach an agreement this Sunday, as they have to put in their nomination to parliament by 6pm on Monday, when parliament will vote if someone should replace current Attorney general Dobroslav Trnka, or whether he will retain the post.

Chairman of coalition party Most-Hid, Bela Bugar, is concerned about all the wrangling, but he believes that through compromise and common sense the coalition can still reach an agreement. The parties will be discussing and debating the issue in the run-up to Sunday’s meeting, but if the coalition is still in deadlock by Monday, Bugar says this would send out a very bad message.