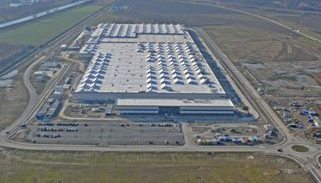 What was referred to as possibly the biggest investment of the year in Slovakia, the EUR 191 million plant of Taiwanese LCD panels producer AU Optronics in Trencin, has hit the rocks as market demand for its products have slumped.

The company only got production off the ground at the end of June this year, but it already has to stop production and send its workers home due to a lack of orders. Workers have been told that they are off until at least 12 December, but that is all they know.

The temporary halt to production is expected to continue until January, but it could last longer. Ironically, when launching production the company was complaining that it could not get the 1,300 or so workers it needed for its plant.

Worldwide the company is posting decline, with AU Optronics Corp. announcing its preliminary consolidated October 2011 revenue of NT$31,210 million, down 5.2% month-over-month and 11.2% year-over-year.