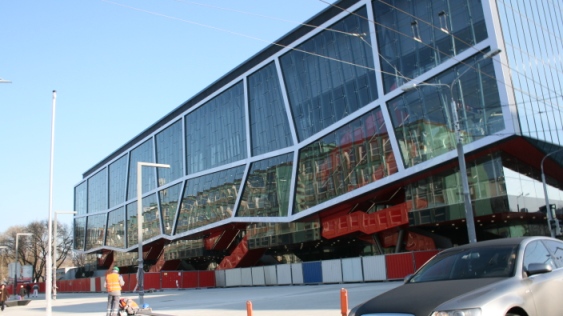 The audit into the reconstruction of the Ondrej Nepela Ice-Hockey Stadium, initiated by the Ministry of Finance imediately after the 2011 World Ice Hockey Championships there ended, has revealed that the final bill for the stadium is almost double what is was projected at.

The audit was carried out by the Supreme Audit Office (NKU), which in its analysis found that the money earmarked for the work was not used economically. The final bill came to EUR 96 million, which is over 90% above the original budget, thanks to some shady public procurement procedures and actions by Bratislava City Hall, which oversaw the spending.

The government had to provide a special loan for the stadium to be completed before the World Championships as costs soared, which led the Ministry of Finance under Ivan Miklos to initiate the audit. There are claims that the company that built the hotel adjacent to the stadium, the DoubleTree by Hilton, did particularly well out of the deal, for instance.

Overall, the Supreme Audit office confirmed that the reconstruction of the stadium had not been carried out economically and that it had not been done with the public interest in mind. What does the audit mean? Probably not much as there is little chance of getting any money back or of holding somebody liable. The Ministry of Finance will decide on possible steps soon, while Bratislava City Hall will deal with the issue at its February session.