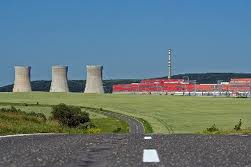 Austrian daily Österreich reports today how the Austrian government will be filing a lawsuit with the European Court of Justice in an attempt to close down Slovak nuclear power plant Mochovce and Temelin in the Czech Republic.

The move comes as part of the Anti-Nuclear Action Plan, which Austria adopted yesterday.  Austrian Chancellor Werner Faymann will now authorise competent authorities to take necessary steps to file the lawsuit against both Slovakia and the Czech Republic.

The lawsuit is not likely to succeed, though, as the European Court of justice already made it clear two years ago that no country is entitled to request the closure of a nuclear power plant in another member state, provided it has been granted all necessary permits.

Thanks to a permit issued to Mochovce by the Slovak nuclear authority UJD this month, the nuclear plant has a license to operate at least until 2021, based on a two year safety audit.

Mochovce has two units in operation at the moment, with another two set to be complete by 2013, after which the plant will cover around 45% of Slovakia’s electricity consumption.