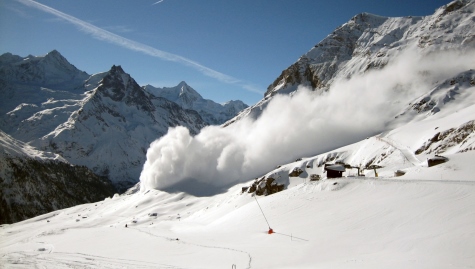 Two Slovaks were reported dead on Tuesday, October 14, 2014 near Dhaulágirí (8,167 metres) in Nepal. The most probable cause is an avalanche.

Two skilled and experienced climbers, Ján Matlák and Vladimír Švancár, were resting in the base camp in their tents at the moment of the avalanche. The other members of the group were in a different tent which was not directly hit.

There are around thirty victims in total and it is probably one of the most disastrous events in the area within the last few years.

The avalanche was likely caused by the edge of the cyclone Hudhud that had lashed India, killed several people, caused landfalls and weather changes.

Head of Slovak Mountaineering Association JAMES Igor Koller says that “most of the people in the expedition had been to the Himalayas several times before. But this was the first time the most proficient in the sphere of Ski alpinism mountaineering were there.” The aim was not only to climb up to the top, but to ski a route down.

The tragic news comes these days when Slovak mountaineers commemorate the 30th anniversary of the first Slovaks who climbed Mount Everest in 1984.