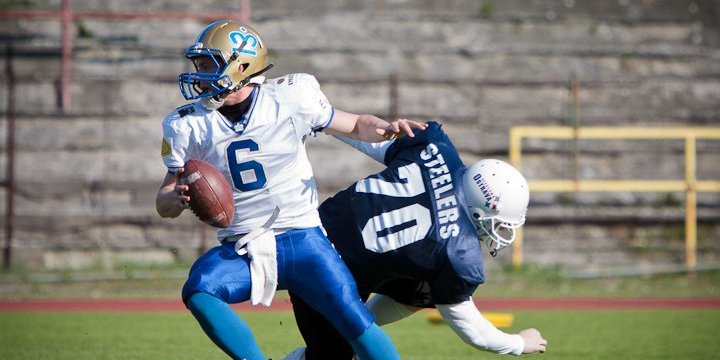 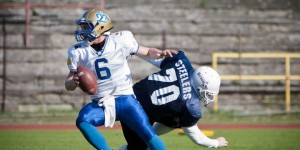 This Sunday the Bratislava Monarchs American football team will put its undefeated 3-0 record on the line as they face the defending Czech League champions the Prague Panthers. The Panthers have won 12 Czech League titles and have successfully defending their title the last 4 years in a row. They concurrently play in the Austrian Football League and they are currently ranked as the 9th best team in Europe. With a huge depth of players and imported coaches from the US, they are a force to be reckoned with.

Last year the Panthers beat the Monarchs by a score of 46-13. However, this year the Monarchs are hell-bent on proving that they are the team to beat in the league. The Monarchs are 3-0 and have outscored their opponents by a combined total of 113-20. Versus the Panthers, the Monarchs will unleash some imported talent of their own in the form of Canadian athletes defensive end Ben Rush (42), quarterback Parker Siemens (6), and wide receiver Matt Parker (12). This is in addition to an already stellar offense and stingy defense that have carried the Monarchs up to this point.

This is without a doubt one of the premier match-ups of the season. If you are a football fan in Bratislava and you don’t go to this game, you are doing yourself a disservice. Kick-off is Sunday May 22nd at 2:00 PM at Monarchs Stadium (Nobelova 14 in Bratislava).

On Saturday May 7th the Monarchs traveled to Ostrava, CZ and defeated the Steelers for the second time this season by a score of 28-8. Wide receiver Martin Katuninec (88) had 3 touchdown receptions, cornerback Juraj Sanitra (21) had 2 interceptions and quarterback parker Siemens (6) threw his first touchdown pass as a Monarch in his debut.