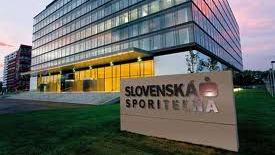 The proposal of the broken coalition to impose a special bank levy of 0.4% looks set to become a reality as it receives the provisional support also of main opposition party Smer-SD.

Smer-SD wanted to slap a special levy of 0.75% of selected liabilities on banks, but never pushed through the legislation. Now the party has declared it would support the legislation, while trying to amend and improve it as it moves into the second reading.

The current coalition eventually agreed on a level of 0.4%, which is still way too high in the opinion of banks. The shunned coalition partner SaS wanted to stick to the initially planned rate of 0.2% from September, but accepts the benefit for the budget and so has conceded to support the latest 0.4% proposal as well.

Finance minister Ivan Miklos could not resist taking a punch at Smer-SD, though, asking rhetorically why they had not pushed through their own legislation on the issue while in power for four years.

Banks associated in the Slovak Banking Association have been protesting the new legislation since it was first conceived, even when it was supposed to be only 0.2%. The proposed rate is multiple times higher than those seen in most other countries, and could have a knock-on effect when it comes to borrowing and how much capital banks have to play with.