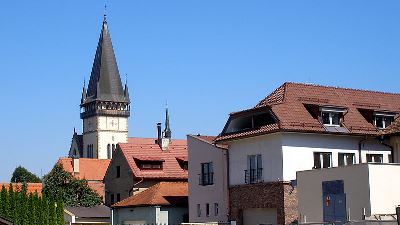 The picturesque and ancient town of Bardejov could lose its place in the UNESCO World Heritage List thanks to the bad placement of a shopping centre that was approved without the involvement of the conservationists.

Even though the shopping centre is outside the boundary of the historic centre, its appearance could change the look of the old centre and could mean exclusion from the list, says head of the Regional Heritage Office in Presov, Eva Semanova, SME daily reports.

An earlier report on preservation of the world heritage site clearly stated that the placement of a commercial building there would disrupt the unique urban structure and the protected appearance of the UNESCO locality.

The town council approved the construction in any case, and did not involve the heritage authority to the process. The mayor’s office provided a statement basically stating that it is not in the protected heritage area or an archaeological site. The regional heritage office is doing all it can to stop the approval and is also awaiting the stance of UNESCO.

UNESCO should receive a translation of the full report in October and then provide its position, which if negative could see Bardejov put on the list of endangered localities, unless the development were to be stopped. If it is not, then the town could and probably would be stricken from the much-prized UNESCO World Heritage List, claims Semanova from the Regional Heritage Office.