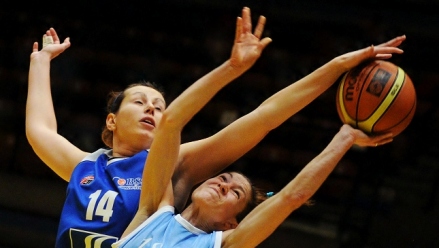 The Slovak national women’s basketball team is losing its coach Pokey Chatman, who has decided instead to pursue her career in the United States, namely in the league with the WNBA team Chicago Sky.

“It has been a difficult decision. The qualification for the London Olympics was a big goal for me”, says Chatman.
Of course, managing two such ambitious things is not so easy, especially when the next European Championships in 2011 in Poland will be played for a spot at the 2012 London Olympics without the guidance of Pokey Chatman.
“I have been in constant contact with basketball federation president Rudolf Petrovsky and the general secretary Natasha Hrisenkova. Unfortunately, things did not turn out as planned, “added Chatman.
Even president Rudolf Petrovsky reiterated that it would be difficult to replace such a good coach as Chatman. “Pokey has outdone himself here in Slovakia and we thank him forever. We have known for some time about the job offer, which came directly from the United States. Now we just have to look for an alternative, hoping to make the right choice”, he concluded.
Pokey has coached the national team since 2008. In 2009 she took the team to eighth place in the European Championship in Latvia, and qualified for the 2010 World Cup in the Czech Republic under her guidance. Now the team will have to try to qualify for the upcoming European Championships 2011 in Poland without her.