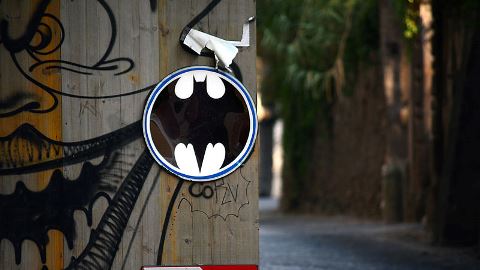 Slovakia has to be one of the billboard capitals of the world, with Bratislava exceptional in this respect, but many, if not most, of the adverts that are pushed in our faces are in fact illegal, and now Bratislava City Hall plans to combat the problem with red stickers.

You may already see the stickers on some billboards as the city council set about covering several dozen unauthorised billboards in the city, with plans to remove them by the middle of August if the owners haven’t already done so, with them footing the bill for the work in any case.

On the same theme, Slovakia has its own vigilante against the illegal advertising, with people referring to him as Batman. He and his compatriots have already removed around 700 illegal billboards, while recording the details of every case together with photographs. He set up a civil initiative to combat the visual smog in Bratislava and so now there are a team of around 20 activists going round destroying illegal adverts of all kinds from the streets.

The vigilantes, who take the law into their own hand due to the tied hands of authorities in many cases, check the illegality of the adverts and are even decent enough to send the owners of the adverts a photograph of before and after.