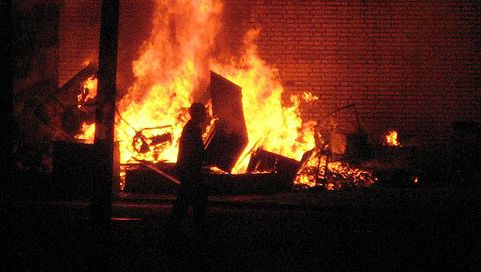 The fire brigade were initially called out because of smoke, but by the time they arrived the fire had spread to porta cabins and a nearby storage building. The call was made by a woman who had suffered light burns, with a further five people reported to be trapped inside the building, but the fire fighters could find nobody at first.

The porta-cabins burned to the ground, after which a thermal camera revealed three bodies trapped under the rubble. Their identity is still unknown, but there are suspicions that the shelters might have been used by homeless people.

A total of around 65 fire fighters from Bratislava, Pezinok and Malacky are still fighting the blaze.