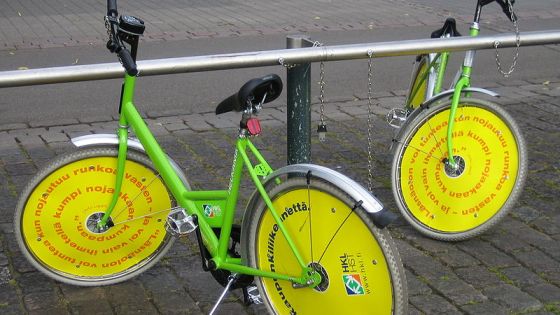 The City of Bratislava has now made a call for tenders to supply the automated city bike rental system that it outlined in February, which will see stations set up throughout Bratislava where residents and visitors alike can pick up a bike for a small fee and then, hopefully, leave it at a different station.

Companies interested in submitting a tender can find all the relevant details in Slovak at www.bratislava.sk (under Transparentné mesto – Obstarávania), or get them from the Front Office at Bratislava City Hall and will have until 27 April 2012 to hand in their proposals. Tenders must demonstrate how operating costs would be covered, the terms of maintenance and other warranties, and the inclusion of at least 11 pick-up stations with 10 parking spaces.

A Selection Committee will send its recommendations to the City Council, which will take the final decision on the new system. City Hall hopes everything will be up and running by the summer, with the first eight stations to be put in place in July/August, covering mostly the inner city centre and linking up the three commercial developments Aupark, Eurovea and River Park, for instance.

The second stage is not planned until April 2013, when three more stations will be set up, on Postova ulica, at the University of Economics in Petrlzalka and at the car park of the recreational zone Železná studnička.

On the issue of how the bike riders will deal with the hazardous Bratislava roads, the city has earmarked EUR 491,000 toward creating and extending bike lanes, with the inclusion also of the first historical bike route around the centre, and bike lanes along the Danube embankment. The city is hoping the new bike system will ease up traffic congestion and parking issues, but that would probably need a lot more people to get on their bike.