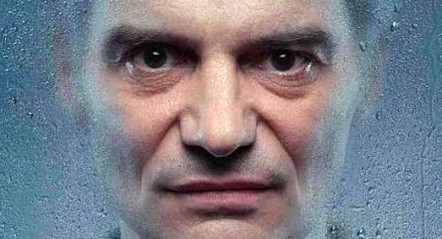 The 13th edition of the International Film Festival Bratislava (IFF Bratislava) will roll out red carpets again between November 4 and 9, 2011. The nine-day long film marathon will subsequently move to Banská Bystrica where Festival Days are scheduled for November 10 – 12.

The program of this year’s edition of IFF Bratislava is being put together by a new program team led by Nenad Dukić, renowned Serbian film critic, program dramaturge, pedagogue and producer who has written film reviews, commentaries and expert papers for various Yugoslav, Serbian and international film magazines. During the past two decades, he was president or member of International Federation of Film Critics (FIPRESCI) juries at prestigious international film festivals such as Cannes, Berlin, Toronto, San Sebastian, Karlovy Vary or Montreal; he has served two electoral terms as FIPRESCI vice-president and today is the president of its Serbian section. He is a member of the Yugoslav Film Academy and vice-president of the Balkan Film Council based in Athens, Greece.

Another member of the program team is Pavel Smejkal, a graduate from the Faculty of Film and Television at the Academy of Performing Arts in Bratislava where he majored in film science and currently pursues his doctorate here. He specializes in history of film journalism and the phenomenon of film stars. He writes film reviews, critics and interviews for domestic periodicals and web portals, focusing primarily on Slovak and Czech film production.

Erwin Houtenbrink who also sits on the IFF Bratislava program team is an art and film historian and a long-term collaborator of the International Film Festival Rotterdam. He was a commission member of the Hubert Bals Fund and still is a commission member of the Flanders Audiovisual Fund (VAF) and the Rotterdam Fund for Film Arts (DKC). He is currently free-lancing as script consultant and film communications advisor.

Last but not least, the IFF Bratislava is glad to announce the return of Radovan Holub to its program team. Mr. Holub is a Czech film journalist, pedagogue and expert in EU audiovisual issues who actively collaborates with the Slovak Audiovisual Fund and the European Film Promotion. He is a member of FIPRESCI and INTERFILM, an international organization that promotes and facilitates cooperation between churches and the film industry. He writes for various Czech and Slovak media on international film festivals such as Berlin, Cannes or Toronto.

A standard film festival of the urban type, the International Film Festival Bratislava aims to bring to its visitors a broad spectrum of films with a single goal in mind: to present the best and the most remarkable the world cinema has produced over the past year. The structure of program sections is dominated by international competitions, namely the Competition of First and Second Feature Films and the Competition of Documentary and Short Films.

The former contest will also feature a new Slovak film Viditeľný svet [Visible World], a feature debut by director Peter Krištúfek that will have its Slovak premiere at the festival.

At this stage, the program of the IFF Bratislava has entered the final pre-selection round. The ambition of the film festival’s 13th edition is to include into its program the films presented at the recent Venice Film Festival or the ongoing film festival in Toronto.

All news and program updates of the International Film Festival Bratislava will be gradually posted at www.iffbratislava.sk as well as on Facebook.