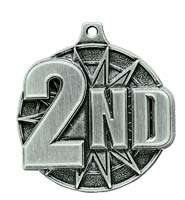 Figures released today in the Statistical Yearbook of Eurostat, who provide the EU with statistics in order to standardise methods across the board, rated the Bratislava region second behind Prague in terms of GDP out of all the new member states in 2007.

(percentage of average GDP of the EU)

These figures are from 2007, so it remains to be seen how badly the crisis has affected Bratislava and Slovakia in terms of its position in the Eurostat statistics. Surely though, Bratislava will be back punching above its weight again.