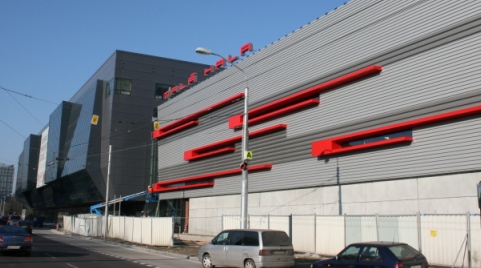 As Bratislava gears up for the arrival of hockey fans from all over the world for the Ice-Hockey World Championships, it is making a last-minute cleanup effort in the hope of giving the visitors a better impression of the city, and of the country.

The championships begin on 29 April and the event offers the city a great opportunity for boosting future tourism, but not if the fans are confronted with widespread graffiti and bad facilities and services. The city will be flooded by fans and also tourists, who will be coming along just to soak up the atmosphere in the city during the championships.

The media in Slovakia has recently been turning its attention to the city’s facade, and not without a lot of justified criticism, which may at least have incited the city to put in more effort in the final weeks before the championships start.

The main train station is a prime example as it is in a disastrous state, not just in terms of appearance, but also in terms of the broken and undulating pavements outside. It will be targeted this weekend, as volunteers move in to help polish the first impression that fans will get as they get off trains.

A lot of attention has been given also to the many underpasses that the masses will have to use, as these are full of graffiti and all kinds of stenches. At the weekend around 50 volunteers set to work cleaning up some of these and other areas near the hockey stadium, with similar efforts planned for each weekend before the championships. The city has allocated around EUR 200,000 of a EUR 500,000 cleanup budget just for these underpasses, so hopefully they will soon be graffiti and stench free.

There is also the issue of organisation, but at least in this respect the city of Bratislava has agreed to borrow lots of new buses to help deal with the throngs of face-painted visitors. Fans with tickets will have free public transport on the day of the respective match and buses to the stadium will be marked with a hockey sign.

One problem could be how the police plan to cordon off various roads. This is something that the Slovak police like to do at sporting and other events, but it is often not well-thought out and causes more trouble than it avoids. Other cities manage events like this by directing pedestrians in channels, while keeping main road routes open, and it seems to work.

So as the final touches are put to the stadium itself, Bratislava is now waking up to this great opportunity as the eyes of the hockey world descend on the city, albeit at the last minute. If you are from Bratislava and are proud of your city, you can also do your bit just by picking up rubbish in the street or offering help to lost hockey fans. Slovenskooooo!