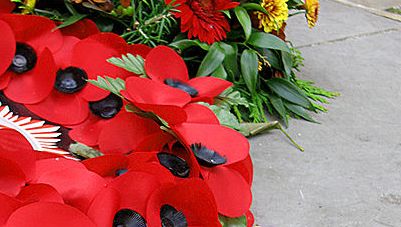 British Ambassador Susannah Montgomery will take part in a ceremony in Bratislava to commemorate Remembrance Day for those who fell during World War I.

The ceremony will take place at the war memorial on Safarikovo namestie on Remembrance Sunday 13 November at 11 am, where the Ambassador will give a small address and lay a wreathe in memory also of those who died in battle for the allies on the Western Front.

Ambassador Montgomery will be joined by Slovak minister of defence Ľubomír Galko and representative of the war veterans, Col. Milan Píka.

“The two minutes silence we observed today is our pledge. A pledge to remember all who have been lost to war and to give thanks for their valiant service in defence of our freedom.” said Ambassador Montgomery.