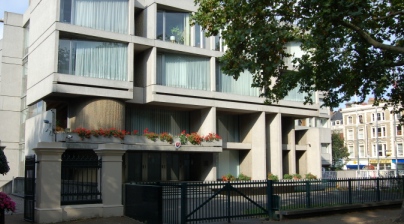 The British Czech and Slovak Association (BCSA) will hold its Annual General Meeting on Thursday 14 April at 6.30pm in the Slovak Embassy, London

The formal AGM, which is open to all members of the BCSA, will be held at the Slovak Embassy, 26 Kensington Palace Gardens, London W8 4QY. 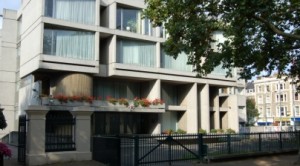 The AGM agenda will include the presentation of the Annual and Financial reports and the election of the officers of the Executive Committee. Copies of the independently examined Accounts for 2010 and the Minutes of the AGM held on 15 April 2010 will be available at the meeting, together with the Chairman’s and Treasurer’s reports.

The AGM will elect the four honorary officers of the Association, the Chairman, Vice-Chairman, Treasurer and Secretary. These posts are for one year and are elected at every AGM. The current holders (Sir Michael Burton, Ruzena Holub, Douglas Gibb and Blanka Shrimpton respectively) are willing to stand for re-election.

The posts of the Executive Committee members are held for three years. Two members, Angela Spindler-Brown and Edward Peacock, were elected in 2008 and are willing to stand for re-election this year. Michael Ivory was re-elected in 2010 so there is no election for this post this year.

Any member of the BCSA can be nominated for the posts of the honorary officers and/or a Committee member. Nomination forms can be obtained from the BCSA Hon. Secretary, Blanka Shrimpton, 34 Cannons Lane, Fyfield, Ongar, Essex CM5 0TG, email secretary @bcsa .co .uk, tel. 01277 899461, and returned to her by 9th April.