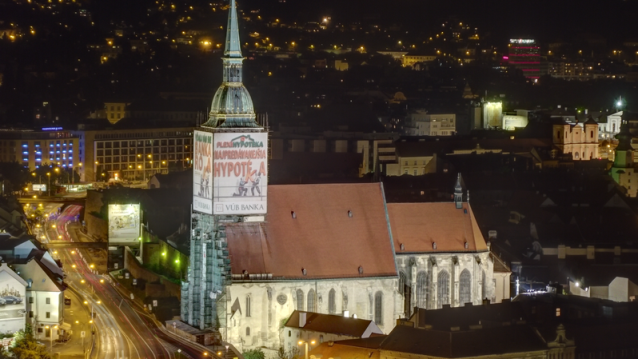 Many people in Slovakia feel that there are just too many billboards bordering the roads, something that even a visiting comedian from the UK noted and built her act, amazed also at the size of some of them. Now deputy speaker of parliament Renáta Zmajkovičová has called for the introduction of a law limiting the number of billboards that line the roads in Slovakia.

Zmajkovičová feels the time is right to deal with the issue of roadside advertising, and to examine also how billboards are changing the face of the countryside and towns. Saying Slovakia has more billboards than trees, she feels that the municipal architect should have a say on the placement of billboards and other advertising as it changes the character of towns.

Zmajkovičová is well aware that a lot of lobbying will go on to prevent such a law, as billboard advertising represents big business. The idea of laws restricting billboards or hoardings is nothing new, but usually planning procedures are enough to prevent excessive advertising, which Slovakia is starting to suffer from.

In 1964, the negative impact of the over-proliferation of signage was abundantly evident in Houston, Texas, and it motivated Lady Bird Johnson to ask her husband to create a law. In 1965, the Highway Beautification Act was signed into law. The act applied only to “Federal Aid Primary” and “Defense” highways and limited billboards to commercial and industrial zones created by states and municipalities. It required each state to set standards based on “customary use” for the size, lighting and spacing of billboards, and prohibited city and state governments from removing billboards without paying compensation to the owner. The act requires states to maintain “effective control” of billboards or lose 5% of their federal highway dollars.

In the UK, billboards are controlled as adverts as part of the planning system. To display an illegal advert (that is, without planning permission) is a criminal offence with a fine of up to £2500 per offence (per poster). All of the large UK outdoor advertisers such as CBS Outdoor, JCDecaux, Clear Channel, Titan and Primesight have numerous convictions for such crimes.

In Toronto, Canada, a municipal tax on billboards was implemented in April 2010. A portion of the tax will go to help fund arts programs in the city. Source: Wikipedia