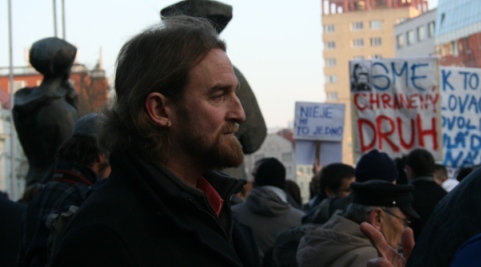 The recent announcement of the Fair-Play Alliance watchdog in Slovakia that it was financially supporting journalist Tom Nicholson in his efforts to delve deeper into the Gorilla affair, have been seconded now by the President of the Canadian-Slovak Chamber of Commerce, Joseph M. Burza, who has  launched a fund raiser for the same.

The chamber has already published a call on its website (www.ksok.sk). Marketing director with the chamber, Peter Green, told TASR newswire that various people had come to them to offer financial support for Nicholson, who is a Canadian citizen, which inspired them to launch a public fund raiser.

Nicholson’s book on the Gorilla corruption allegations was banned by an injunction at the petition of partner in Penta financial group Jaroslav Hascak and since the affair came to public attention, he has been swamped with requests and demands, so as a freelance journalist has been finding it increasingly difficult to make ends meet.

Nicholson could also find himself the target of lawsuits for his public statements or comments, as Hascak even filed a lawsuit against Facebook for allowing the Gorilla reports to be displayed on its network. The chamber has therefore set up a special account for Nicholson.