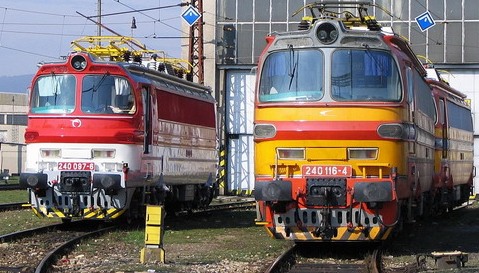 Trade unionists representing train drivers and crews at state-owned ZSSK Cargo are not happy with how negotiations have gone regarding the 2012 Collective Agreement and so have declared a strike alert.

Two top union stewards representing train drivers and crews refused to sign the Collective Agreement, and so the employer Cargo excluded them from talks and went ahead with the other nine demarcated trade unions, signing the agreement with them yesterday.

The trade unionists claim that this is illegal and so are considering taking the matter to court and going on strike. Head of the railway trade unions’ Frantisek Petroci, says signing the agreement with just nine representatives is fine by the law.

The agreement sets out a 2% hike in salaries for the workers (about EUR 15 a month more), the first salary increase they have had since 2008. Although nine of the eleven demarcated trade unions agreed with it, the drivers and crews want the special allowance for demanding work to be increased fivefold from EUR 0.05 to EUR 0.25. The two unhappy trade union sectors represent just a small part of the overall workforce, however.

Earlier this week the state-run railway infrastructure company ZSR negotiated a 5% hike in salaries from 1 January, adding to the discontent of the workers at Cargo. ZSSK Cargo is set to be privatised after the elections in March, with interest already shown by wealthy Czech businessman Zdenek Bakala.