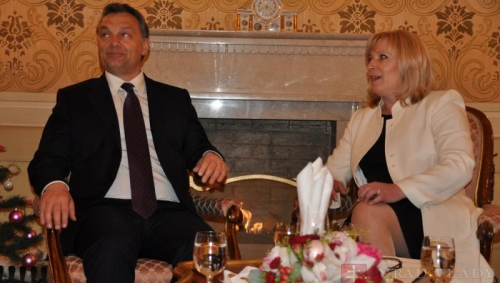 The saga surrounding the rules of dual citizenship, chiefly in respect of Hungary, seems set to continue for some time yet, as the four coalition parties can’t reach an agreement. The news was announced by culture minister Daniel Krajcer following yesterday’s working session on the issue.

The issue caused tense relations between Slovakia and Hungary under the former government, and the coalition has already been embarrassed in parliament over a vote on the Citizenship Act, which saw Igor Matovic kicked out of the SaS party for voting for the opposition’s proposal.

Ironically, it is because the special working group could not agree on a compromise to Matovic’s proposal of the law and the demands of Most-Hid that the decision had to be postponed. Now the revision will not be submitted to the March session of parliament, and so will have to be dealt with later as the government tries to iron out all the differences in opinion on the rules of dual citizenship.

Matovic’s proposal conditions dual citizenship to having strong ties with the other country, among other things. After the meeting, Matovic said he was pleased to see that part of the coalition is starting to see things his way. The main issue concerns having your Slovak citizenship revoked if you ‘unjustly’ request dual citizenship of another country.

The members agree that a consensus is getting nearer, but nobody could put a time frame on when an accepted proposal will be on the table. Prime Minister Iveta Radicova agreed with her Hungarian counterpart Viktor Orban in February that they would endeavour to find some bilateral agreement on how the issue of dual citizenship between the two countries would work.

The Hungarians are waiting on Slovakia to take the first step with revising its Citizenship Act, though, and a bilateral agreement might never actually take shape in the end. As it stands, the law of Robert Fico’s government, which strips Slovaks of their citizenship if they request that of another country, will remain in force for a while to come.