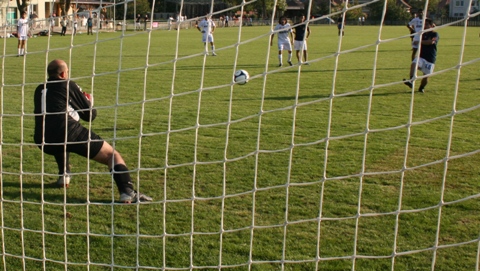 Winter returned to Slovakia at the end of last week, causing the postponement of all football from the II Liga downwards. After a meeting of the Union of League Clubs (ULK) on Friday, however, it was decided that the Corgoň Liga programme would go ahead as planned. 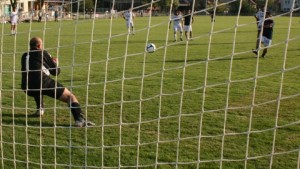 Senica club officials must have wondered if it was all worthwhile, as less than 700 fans braved the cold to see Friday night’s game at home to struggling Nitra. The team at least delivered a win, to maintain their position amongst those chasing a European place. Rolando Blackburn was the two-goal hero, scoring in the 73rd and 80th minutes, either side of Vratislav Gajdoš’s 78th minute penalty for Nitra. This was the visitors’ third successive defeat, and they need to start picking up points very quickly to avoid being cut adrift at the bottom of the table.

Trnava’s 2-1 home win over Prešov will be good and bad news forNitra. It represents another step towards safety for the victors, but also means that Prešov could be drawn into the relegation battle. Ivan Schranz put Trnava ahead, only for Peter Petráš to equalise. On the hour, Prešov had Miloš Brezinský sent off, causing both coaches unease. ‘I was worried at that point,’ said Trnava’s Peter Zelenský. ‘The red card lost us our chance,’ contested opposite number Ladislav Totkovič. Zelenský’s fears were proved unfounded just three minutes after the red card, when Marek Kaščák headed the winner. In off-field news, Trnava closed their north stand for this game, in readiness for demolition work to begin next week.

Myjava were the club most opposed to the ULK decision to give the weekend games the go-ahead, as they feared that they would be unable to prepare their pitch for Saturday’s visit of Ružomberok. Once the decision had been made, they invited volunteers in to help them clear away the snow. A 1-0 win, thanks to a goal from Ľubomír Urgela, was the reward. After becoming the first side to win at Košice last week, Myjava are now moving towards mid-table security. As for the fans who got busy with spades and shovels, they will receive free tickets for the under-21 game between Slovakia and Slovenia, to be played at Myjava on March 23rd. A bit of spring weather before then would be most welcome.

At the top of the league, we are witnessing a procession. Banská Bystrica travelled to Pasienky on Saturday having won their first two spring fixtures. They kept Slovan Bratislava at bay for 75 minutes, but then a looping header from Igor Žofčák broke their resistance. In the last minute, goalkeeper Peter Boroš rugby-tackled Juraj Halenár in the penalty-area and was sent-off. Midfielder Michal Pančík took over between the posts but could do nothing about Marko Milinković’s well-directed spot-kick. Slovan’s winter signing Seydouba Soumah, who came on as a 55th minute substitute, tasted his first action following his six-month ban.

The reason Slovan keep stretching their lead is not just that they win every week. It is also because the second-placed team, whoever they may be, obligingly drop points. Vion Zlaté Moravce started the spring as Slovan’s closest pursuers, but lost their first two games. Košice were second going into last weekend, only for Myjava to defeat them 2-1. This week it was Trenčín’s turn. They had two successive wins behind them as Saturday’s meeting with Vion approached, but could only draw 1-1. It could have been worse, as William Alves de Oliviera’s equaliser didn’t arrive until the 86th minute, Andrej Hodek having put Vion ahead on the half-hour. One wonders what Ronald de Boer made of proceedings. He shivered through the game in his capacity as youth coach with Ajax Amsterdam, a club with whom Trenčín have close links.

Košice are level with Trenčin again after winning 1-0 away to Žilina in the Sunday game. The key to this match from the visitors’ point of view was the arrival of Karim Diaby Coulibaly as a second-half substitute. He not only gave the Košice attack a focal point it had lacked during a passive first-half display, he even scored the 84th minute winning goal, collecting a pass from Boris Sekulič and beating Martin Dúbravka with a low shot. Žilina did not play badly at all. They created chances but, when they got shots on target, were thwarted by Košice goalkeeper Darko Tofiloski. The result will be a worry for Žilina, if only because, having now failed to score in eight of their last nine fixtures, they are in real danger of finishing in the bottom half of the Corgoň Liga for the first time since 1996/97.