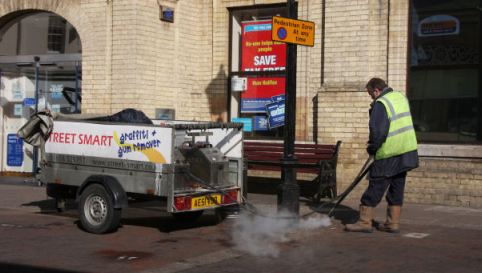 The next time you are stopped and fined over EUR 60 by the police for some traffic offence, you might be wise to choose doing some community service instead of paying a fine, an option introduced by parliament in January.

An article in SME daily today points out how there is still no system in place to deal with it, as the law states only that for every EUR 3 you do one hour of community service.

Rules were supposed to come into force in a separate law at the same time as the changes to the Traffic Act, January 2011, but the Ministry of Interior has still not worked any of the practicalities out. It expects to have a parliamentary draft by the end of the year, though, which will help the police deal with those that claim to have no money, hoping to get off light.

Overall the whole idea of people doing community service instead of getting fined is maybe good as it has a beneficial outcome, and in Slovakia it might also stop police officers being over-zealous by using weaknesses in road planning to rake in fines to meet targets.

The current system, though, would mean 30 hours of community service for a EUR 90 fine, so maybe not the best option for most. Saying that, if fines were totally replaced by community service, probably most of the people who are committing road offences would think twice before giving up their precious time and the roads would become safer for everyone in the end.

If you want to know what community service looks like in practice, you can always check out the UK dark comedy Misfits.