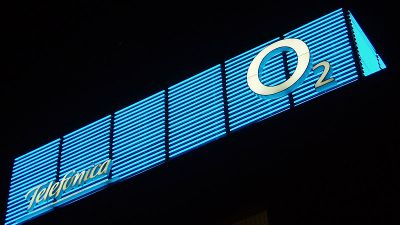 As the government scrimps and scrapes to find ways to plug the public finance deficit, in addition to a special bank levy, it is now targeting the utilities to raise an additional EUR 100 million or so by taxing the companies around 4.2% of their profit. Economic weekly Hospodarske Noviny looks at the reaction of some of the affected companies, and with their permission we provide you with a translation of the article.

What is it exactly?

Companies in regulated sectors will pay a special monthly levy to the state starting from September. Over a year it works out at 4.2% of the profit in total. It will affect those companies that have an annual profit in excess of three million euro, and more than 51% of the activities in the regulated environment. According to the submitted law, payment of the levy may not constitute grounds for increasing regulated prices and it is not even classed as an admissible cost. Companies will be able to apply the levy as a tax expense. The levy will end at the end of 2013.

Who does it affect?

Companies from the fields of energy, insurance and reinsurance, public health insurance, electronic communications, pharmacy, postal services, rail transport, public water supply and sewerage and air transport. Companies will have to report the obligation to pay the levy to the financial headquarters.

What will the state get from it?
This year revenue of EUR 27 million is projected and EUR 81 million next year. The money will comprise part of the state budget and be used for development programmes.

Expert opinions:
David Marek, analyst with Patria Finance
It is understandable that this is an attractive measure for the government. It affects companies that have poured huge investments into their segments and for which it is almost impossible to leave and do business in another country. From a long-term perspective, it could restrict their investments. For example, the 4G and 5G networks will already be available in the world, but not in Slovakia.
Viliam Karas, lawyer with Maple & Fish
At first sight the selective levy need not be supported in law. I regard as problematic the fact that companies will not be able to include the levy as an admissible cost, even though it is one.

Ján Orlovský, head of the Board of Directors of ZSE
The levy will affect ZSE Distribúcia and I expect that part of the supply of electricity to households. The proposal is not any different from measures being adopted also in other countries, but we would welcome a change of rhetoric. To refer to energy companies as “ugly companies” and at the same time impose a false impression on the public that they generate unfair profits, certainly does not help discussion. There are three paths by which energy companies can get the money for the levy: they do not distribute all the profit to shareholders, leaving part of it in the company for unexpected situations as a reserve fund; energy companies take it from the package of investments that are supposed to serve for development of the company, or they can borrow on the bank market for the additional levy. We are still not sure how we will resolve it and move it within the budget.

The company Telefónica Slovakia always proceeds in line with the law. At this moment, from our perspective it is too soon to comment on the said proposal, which we are currently analysing. We can already assure our customers, however, that they have nothing to fear. We have never punished them with excessive margins, quite the contrary, as we are permanently cutting the prices of services.

Monika Šimunová, Dôvera insurance company
We must firstly study the proposal of the special levy and only afterwards will we comment on it. We assume that the proposed form is not the final one, and so we will wait for the final wording.

Peter Bednár, spokesman for SPP
Until we have studied the proposal thoroughly, we will not comment on this information. Any statements in this regard would be just speculation.

Jana Bolibruchová, spokeswoman SSE
The said levy is so far on the level of proposals. As soon as we have the official standpoint available, we will analyse the impacts.