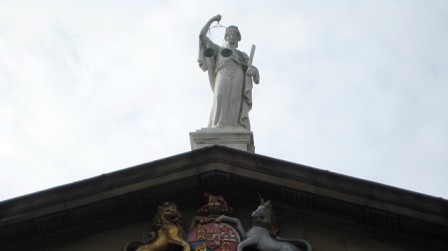 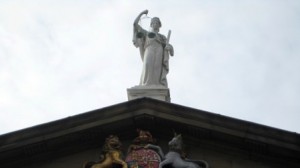 Supreme Court chairman Stefan Harabin will have another contest on his hands after the Constitutional Court ruled that he had violated the constitutional right to a fair hearing when only one judge from three was assigned to a specific case.

The case in question concerned the wife of judge Pavol Polka, Tatiana, who questioned why only one of the three judges selected by the random electronic system presided over the case in the end. The Court determined that Harabin had reassigned judges to the senate, in conflict with the law and the Constitution. Daily Hospodarske Noviny reported the news, citing also head of the Fair Play Alliance, Zuzana Wienk, as saying “such cases are not unique”.

Polková demanded non-pecuniary damages of around EUR 10,000, but the Supreme Court stepped in with a preliminary injunction to block the payment approved by a lower instance court. Thanks to Harabin’s reshuffling, the Supreme Court senate presiding over the case was different from what it should have been using the randomised system.

The latest ruling of the Constitutional Court imposed no specific remedy or punishment on Harabin, so hard to say if such manipulation with decision making bodies will not just be met with a blind eye.

Harabin was supposedly behind changing the five senate members in the infamous Tipos case, changing three of them to his own suiting. The very same senate ruled in the end to award EUR 14 million to the Cyprus-based company Lemikon, in what has become yet another saga affair with no end.