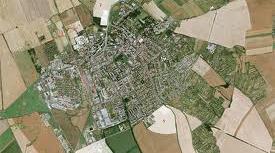 Yet another two industrial parks are planned in Slovakia, with one in the small town of Sucany between Martin and Ruzemberok and another in Levice.

The first, being called Maro Sucany, is being built by a private company and will cover around 59,725 m2. Its position is strategic as it lies along existing and planned road and motorway links connecting the Zilina, Martin and Ruzemberok, for instance.

The investor is erecting steel0-frame halls for future potential tenants, promoting it for logistics or production purposes, with the possibility of a rail hub direct at the park. With around 560 unemployed in the region, future occupants should have no problem with workforce, with the investor expecting the creation of around 120 jobs. The park should see its first tenant in February 2012.

The second park, to be established in Levice by the town thanks to a EUR 9.2 million subsidy from the EU, also projects with the creation of around 120 jobs. The brownfield investment should be ready for occupancy sometime in 2012.