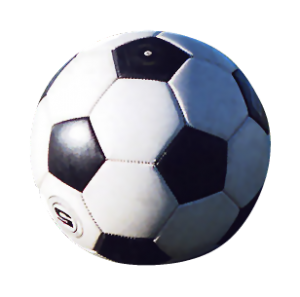 Friday 29. October
MŠK Žilina – Dukla B. Bystrica,
After a rocky relationship with the club so far this season, the Zilina fans plan to return with strong numbers for this local derby and there should be a top atmosphere for the Champions who return to Stadion Pod Dubnom for the first time in over a month after a rather excessive run of away matches.  The fans may well be wondering whether the action on the pitch match that off it tonight, especially if they have been studying the form guide.  Zilina have recorded two 0-0 draws in their last 3 home games and Dukla have conceded just 6 goals in 6 games away from home while only scoring 2 in the process.  However despite this, Zilina will be keen to impress the local public, and their recent form is looking ominous.  Dukla sit in mid-table and their form has been slightly worrying, especially in the goalscoring department.  Opinions may differ, but Zilina have been demonstrating to most close observers of the game in Slovakia recently that the gap between themselves and the rest of the league is starting to grow.  Tonight may just serve to emphasise that point further although the chasing pack will be hoping Dukla can prove otherwise.
Saturday 30. October
MFK Košice – FC Nitra,
Kosice are in real trouble at the moment and don’t seem capable of beating anyone.  If they are to overcome this awful run of form, this match against a Nitra team not performing to last year’s standards has to be highlighted as an opportunity to pick up at least a draw.  The situation is so dire in the 2nd city club though that you really fear for how the rest of the season will go.
MFK Dubnica – FK Senica,
Dubnica’s form has picked up of late, with 2 wins and a draw from their last 3 matches.  If they continue that good run at home against Senica you fear it might the beginning of the end of Senica’s challenge at the top of the table, however Senica have stubbornly held on thus far and remain equal 2nd with Trnava,  This will be a touch challenge for Senica and another situation where they cannot afford to drop points.
FC ViOn Zlaté Moravce – ŠK Slovan Bratislava,
2 teams tied on 20 points in 4th and 5th position in the league make this a very touch match to call.  Slovan need to get their supporters back on side and start picking up results as they have a relatively easy few matches coming up.  A win here would be a good place to start, but ViOn have proved on several occasions this season that they are not to be underestimated.
FK DAC 1904 Dunajská Streda – MFK Ružomberok,
A much improved DAC side will be hoping to extend their unbeaten run to 7 games against a Ruzomberok team really struggling for form.  If DAC get the win here, they will move ahead of their opponents in the league and quite rightly continue looking up the table rather than down. The opposite can be said for Ruzomberok although you don’t really fear for them in terms of relegation due to the significant gap down to Presov and Kosice at the bottom.  Still in the cup, perhaps Ruzomberok fans will be looking forward to next week’s 1.4 final against Trnava, there is still a small glimmer of hope of success for one of Slovakia’s more attractive football clubs this season.
1. FC Tatran Prešov – FC Spartak Trnava.
Will the Trnava fans travel and if so how will they behave?  There has been plenty of debate on that topic recently. Trnava probably fancy themselves as main challengers to Zilina in the league and nothing less than a win will suffice here.  Presov need to pick up a few points to ease open the gap with Kosice however a quick glace at the league table indicates that they will struggle here.  Potential banana-skin for Trnava though who need to concentrate on building consistency.