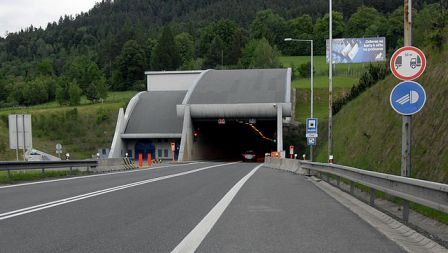 Allegations are flying around bribery claims in the construction of the Branisko Tunnel in East Slovakia, with the government set to pounce on the case, which points to nominees of the opposition SDKU party.

At a press conference today, Prime Minister Robert Fico made it clear that his government would give its full support to the criminal authorities to investigate the case, which could involve bribes worth EUR 2.5 million for part of the lucrative tender to construct the tunnel in 2001-2002. The construction of the Branisko Tunnel became a financial nightmare and has been troubled with the bribery allegations since Fico voiced them back in 2006.

The bribes were allegedly given by a Swiss consortium to representatives in the Slovak Roads Administration (SSC) who had been nominated by the SDKU party, in return for part of the contract for supplying technology for the tunnel construction. According to daily SME, fingers are being pointed at head of the roads administration at the time, Dusan Matonka, along with directors Roman Veselka and Valerian Horvath.

Robert Fico informed how money had been siphoned off, or “tunneled” away, with invoices being issued for ghost work and being settled to Swiss bank accounts, adding how accounts had been discovered belonging to the SDKU nominees, although corruption is unproven as yet.

Swiss police have apparently been dealing with the case for around four years, but now co-operation between Slovakia and Switzerland in the investigation will intensify, while the trial against the head of the Swiss consortium on bribery charges is already in process in Switzerland.