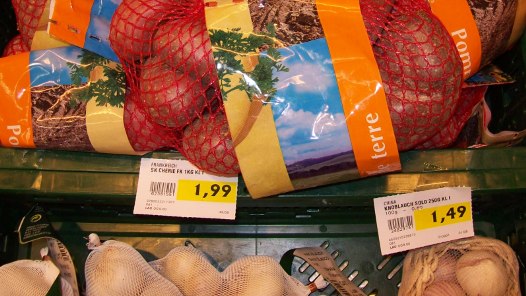 The recent floods are now starting to have another impact on the purses of ordinary people, as they will soon have to pay much more for basic foodstuffs due to destroyed crops and bad harvests. The worst thing about it is that it will mostly affect the basic food items of families who are not so well off, such as potatoes, flour and oil.

For example, the projection for flour prices is that they will increase by 20% this month already, as soon as pending contracts run out.  A similar hike in prices is projected for edible oils, with producers announcing hikes of 8 – 12% this month. Once again, the increase in prices is being blamed on bad harvests.

President of the Trade and Tourism Association (ZOCR, Pavol Konstiak, has said that the hikes will probably hit prices right along the supply chain – from millers to shops, which in turn could also increase the prices of animal feed and so meat products, as well.

The situation will not be helped also by the widespread fires that are raging in Russia, as Prime Minister Vladimir Putin has put a ban on grain exports.

Other staples of the Slovak diet to be hit will be beer and potatoes. Chairman of the Slovak Association of Potato Growers, Viliam Bezak, has said he expects Slovak potatoes to be sold out very quickly this season. This is because a smaller area of farmland has been used for potatoes, which is also the trend throughout Europe. Larger non-EU producers like Russia and Belarus have been hit hard by droughts and so Bezak warns that prices in October could be as much as 50-70% higher than in the same period last year.

Could this be the end of cheap Halusky?