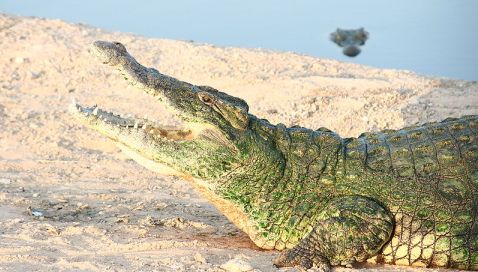 People around Hlohovec are on the alert after a man fishing spotted a crocodile swimming in the river.

The man said although it was all over quickly, he first saw the eyes, then the teeth and nose holes of the crocodile, which he reckons was about one metre in length, according to TV Noviny.sk. The crocodile was hanging around the bait on the man’s line, just a few metres from the shore.