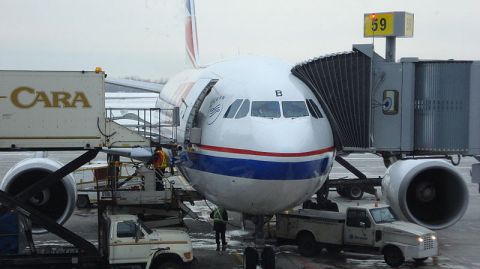 Czech Airlines plans to open new regular service from Prague to Perm in the Russian Federation at the changeover from the current winter season to the following summer season. The airline plans to operate two return flights a week to Perm, which will be Czech Airlines’ eighth destination and eleventh regular service to the Russian Federation operated from Prague or Karlovy Vary, joining Yekaterinburg, Moscow, Nizhny Novgorod, St. Petersburg, Rostov-on-Don, Samara and Ufa.

Czech Airlines plans to operate two return flights a week to Perm. From Prague, the airline’s aircraft will depart every Thursday and Sunday, 15 minutes before Midnight, arriving in Perm the next morning at 7:50. From Bolshoye Saving Perm International Airport, the service will leave every Monday and Friday morning at 9:05, arriving at Václav Havel Airport Prague at 9:30. Czech Airlines has already officially received carriage rights for the service.

Czech Airlines currently operates ten scheduled routes between the Czech Republic and the Russian Federation – three from Karlovy Vary (to Moscow, St. Petersburg and Samara), and seven from Prague (to Yekaterinburg, Moscow, Nizhny Novgorod, St. Petersburg, Rostov-on-Don, Samara and Ufa). The planned service to Perm will be the eleventh. Czech Airlines will deploy Airbus A319 aircraft on the service. The complimentary in-flight service on the new route includes a full-fledged warm meal, even for passengers in Economy Class, a wide selection of hot and cold non-alcoholic beverages, Czech beer, and Moravian wine.

“A year ago, in connection with its new service to Ufa, Czech Airlines announced that it is planning more new services and an expansion of its business activities on the Russian market. The start of operations to Nizhny Novgorod in the 2012 summer season and the currently planned service to Perm serve as concrete results of the airline’s work. But that is not all that Czech Airlines is planning for the 2013 summer season concerning post-soviet markets,” said Jiří Marek, a member of the Management Board and Vice-President of Czech Airlines for Sales and Marketing.

In the current winter season, Czech Airlines has, for example, increased the number of frequencies to both recently opened destinations – Nizhny Novgorod and Ufa – by one a week. The airline also added one frequency to Rostov-on-Don, increasing the number of flights to four a week.

Perm is the capital of the Perm Region. Situated in the easternmost area of the European part of the Russian Federation, near the Ural Mountains, the city and its surroundings have more than a million inhabitants. It was first mentioned in 1647 as the Jegoshikha settlement. In 1780, the settlement was renamed Perm, and was granted the status of a city a year later. Perm is one of the most significant centres for the armament, petro-chemical, and wood-processing industries, while aircraft and rocket engines are also made in the city. Ten universities and several military academies offer courses of study in the city, and the Perm opera and ballet are considered to be among the best in the Russian Federation.

Czech Airlines, as the flag carrier airline of the Czech Republic, provides connections from Prague, and also “via” Prague, to major destinations in Europe, Central Asia, the Transcaucasus and the Middle East. In cooperation with its partners, the airline currently offers connections to 78 destinations in 44 countries.