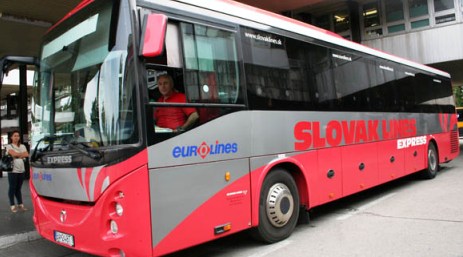 Austria and Slovakia have shared a border for decades and a history for centuries, but boosting mutual relations is not just a matter of business and economic ties. It is also a matter of making travelling between the two countries more comfortable for more people.

This is being achieved also thanks to another new bus line started on 2 July that shuttles between Bratislava-Parndorf-Neusiedl am See. Parndorf is renowned for its shopping village while Neusiedl represents a great spot for leisure, with a huge lake, massive fairground and much more. The special summer line is proving very popular and already almost 3,000 people have used it. The line will be scrapped again at the beginning of September, though.

For those who prefer to go on their own steam, cycling paths on both sides of the border are well-established, but not so well connected up. As part of the Servus Pontis project, however, Slovak and Austrian cycling paths will be better connected in future, with the latest addition to the network being the cycling path from Rusovce, which will join up with a similar path across the border. Work on this section should be complete by November this year.

The two countries have allocated funding to this kind of cross-border co-operation, which will draw the Bratislava Region closer to Burgenland on the Austrian side. The Servus Pontis project aims to boost cultural exchanges, mutual tourism and various joint projects that involve all the local municipalities along the border. It was started a year ago and should culminate in the summer of 2012.