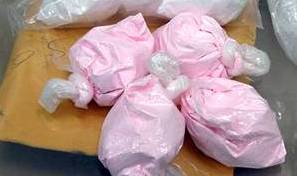 On Sunday 29 April Slovak customs officers managed to stop over 32 kg of cocaine worth around EUR 6 million from getting onto the market after they discovered the narcotics hidden inside stone statuettes that had been sent from Brazil.

The officers made the discovery after a shipment of eight barrels and two wooden crates arrived at Bratislava Airport containing various decorative stone items, which were addressed to a Slovak company that had been set up less than a month ago.

An X-ray examination of 37 bird statuettes showed that not everything was as it should be, eventually revealing the 32 kg of class A drugs concealed in the hollowed-out ornaments.

On the same day the police subsequently arrested the statutory representative of the company that was to receive the shipment, a 45-yr old Slovak man who could now face a life sentence in prison if found guilty.