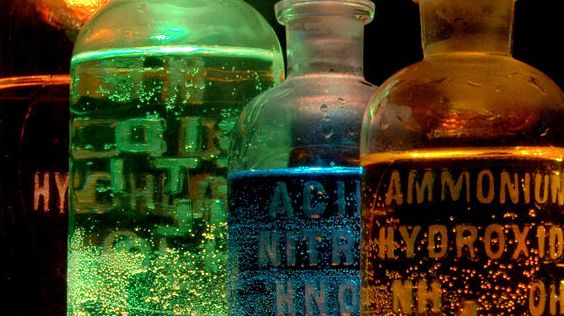 The Czech and Slovak governments are pressuring European leaders to reconsider “excessive” safety regulations on the chemicals industry that they contend hurt smaller businesses and undermine economic growth.

The countries’ concerns are outlined in a document submitted to the Council of Ministers, arguing that smaller businesses need leeway in complying with the EU’s Registration, Evaluation, Authorisation and Restriction of Chemical substances, or REACH regulation.

The regulation is due for review in 2012, setting the stage for a lobbying offensive by industry groups that say the rules hurt competitiveness, and consumer and health organisations that want stronger measures.

“We recognise the importance of protecting people, but on the other hand we also have to think about the competitiveness of our small and medium enterprises,” said Dušan Jurík, competitiveness attaché in Slovakia’s EU mission.

“We know it is difficult to find a compromise between the health protection and environment, but also competitiveness. This is the role of the commission to find this compromise,” he said.

A Czech government official denied that Prague was trying to kill or water down the chemicals regulation.

“Just to make one thing clear, the government is not calling to abolish REACH altogether, or to stop the legislation altogether. Not at all. What we are saying is the demands that are being set for small- and medium-sized enterprises should be reviewed,” the official said on condition of anonymity.

“We understand the environmental and health benefits of REACH, that’s for sure, but at the same time we have to make sure that, especially at a time of economic crisis, growth is not stifled but rather supported,” the Czech official told EurActiv.

A ‘burden’ on business

The Czechs and Slovaks were among a dozen EU country representatives who met in Stockholm last month to discuss the REACH review.

After the meeting, Martin Kuba, the Czech minister of Industry and Trade, urged the Commission to consider the impact of REACH on smaller firms.

“Competitiveness of the European chemical industry is weakening compared to emerging economies such as China, India or South America,” Kuba said in a statement. “REACH imposes excessive administrative and financial burden on SMEs, and might threaten the very existence of many companies.”

The Czech Republic’s highly developed industrial sector includes automotive and machinery manufacturing, as well as chemicals and petroleum products. Though much smaller, Slovakia is an important auto and electronics producer.

The countries last week outlined their concerns to the 27 EU ministers in charge of competitiveness, saying REACH “not only has an impact on the chemical industry but also on all manufacturing industries.” The joint document claims that small-to-medium firms represent 96% of the EU’s chemicals concerns.

Jurík said the current regulation includes inherent disadvantages for European firms, which must comply with the rules while imported goods do not have to live by the same rules.

The national positions would add weight to any industry efforts to limit the REACH requirements in the face of criticism by health and consumer groups that the regulation is too weak and poorly enforced.

Major changes to REACH are unlikely, however. A Commission official has told EurActiv that the forthcoming review is more likely to focus on enforcing the existing rules rather than major overhaul of the legislation, which took effect in 2007 after a years of battles between interest groups and lobbying from the industry.

Several groups – including the European consumers’ organisation, or BEUC – have called for tougher chemicals disclosure rules. The Standing Committee for European Doctors and the Göteborg, Sweden-based International Chemical Secretariat have called for much more stringent regulations and the replacement of chemicals that pose potential health risks.

31 May 2013: is the deadline for industry to register all phase-in substances manufactured in or imported into the EU above 100 tonnes per year.