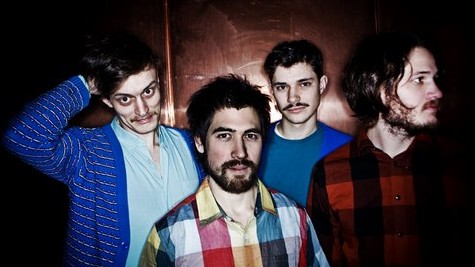 The Danish alternative songwriters  EfterKlang on their European tour come to Kosice to introduce their last album “Magic Chairs” for which they received the Impala award for European Independent Album of the Year. 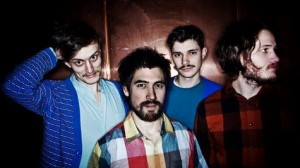 Efterklang is an indie rock group from Copenhagen, Denmark. The Danish “mini orchestra” formed in December 2000 and its core consists of 4 members: Mads Brauner, Casper Clausen, Thomas Husmer and Rasmus Stolberg. To date, the band has released three studio albums. The name Efterklang comes from the Danish word for “remembrance” or “reverberation.”

Their work impressed the audience in 2004 so that their debut album Tripper became a quickly sold out album of Leaf Publishing. Their work may be compared with Nordic colleagues Sigur Rós, Múm and Amiina.

In 2008, they played all the tracks from the album Parades in cooperation with the Danish National Orchestra, The Danish National Chamber Orchestra. This performance is documented on the limited edition music and DVDs entitled Performing Parades.

The concert in Kosice is the first and only of its kind in Slovakia. Efterklang will play their intimate melancholy songs with vibrant sound of live orchestral instruments, accompanied by beautiful  vocals. The concert is coupled with an exclusive screening of their new film AN ISLAND,  recorded together with French director Vincent Moon. The film takes  50 minutes and captures the musical collaboration, the band performed together with over 200 local musicians from their native island Als, who helped them interpret songs from their latest release Magic Chairs.

Efterklang perform tomorrow 9 March at Tabacka Kulturfabrik  (http://tabacka.sk/sk) The ticket costs EUR 10 in advance sale, or EUR 14 at the venue. The tickets are available online at:  : http://tabacka.interticket.sk/search.php or from the bookstore Artforum on Mlynska ulica in Kosice.