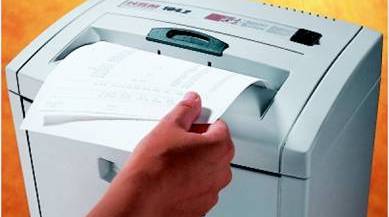 There are many sophisticated frauds or confidence tricks flying around, so if you receive something that looks like an invoice for your company’s inclusion in the Slovensky telefonny zoznam of the aptly named company Slovensky telefonny zoznam s.r.o., you can safely rip it up or use it as spare toilet paper, because it is one of the classic forms of rip-offs whereby they send people bills for something they did not order.

It looks like a bill, is described as a bill, refers to you as the ‘customer’ and says ‘as per the business terms’ etc, but this inclusion in some company listing for EUR 119.40 is nothing but an invoice for something you didn’t order and have no need to pay, so you should probably do just that. Don’t pay it!

The so-called business terms on the backside of this ‘bill’ are carefully worded with words like ‘demand’ etc., but also the word ‘offer’, which is all it is. It is nothing more than one of those carefully planned schemes that so many people automatically pay, especially in larger companies, thinking it is for some service they have ordered or agreed to.

The people behind this company have essentially been living off the trustworthiness of honest people since 2009, since which time various warnings have been published in the Slovak press (here in English for the first time).

The company is registered to Attila Levente Herceg based in Budapest so any disgust you feel at these practices should be addressed there. If you have already paid this ‘offer’ by mistake, you should seek some legal advice as you have then agreed to other conditions as stipulated on the backside.

p.s. any disputes arising out of this ‘contract’ will be resolved by the private company sounding like an arbitration court, namely REGIONÁLNE STREDISKO PRE MIMOSÚDNE RIEŠENIE SPOROV, spol. s r. o. and run by Mgr. Ján Štefánik and Jarmila Štefániková, who are obviously well-versed in handing out justice, at a price, of course.