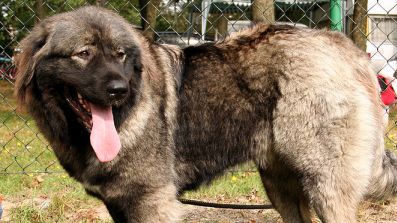 The recurring issue of dog eating is getting attention again as some dog catchers in East Slovakia have been rounding up stray dogs then possibly selling them as meat to local deprived Roma communities.

An article in SME daily yesterday cites Romana Brezinova from the Kosice section of the Animal Liberty association, who says around 250 dogs were caught in Kosice and Presov regions over 2010 and 2011. The men were charging local mayors thousands of euros for eradicating the problem of stray dogs, but some of the dogs have ended up being sold for meat in Roma shanty settlements, says Jarmila Horvathova, head of the Regional Veterinary and Food Authority in Kosice.

The police launched an investigation into the case on 29 December 2011, which will also try to determine where the dogs ended up, because if dumped they could be a source of disease and contagion. So far nobody specific is being charged as the case is huge, with the police saying there are large numbers of reports to deal with and hundreds of people to interview.

There have also been many cases of individuals stealing and eating dogs in East Slovakia, as local poverty-stricken shanty settlements strive to survive anyway they can. Efforts are being made to educate local mayors, who are responsible for the problem, but who fail to deal with the problem effectively either due to lack of interest or finances.