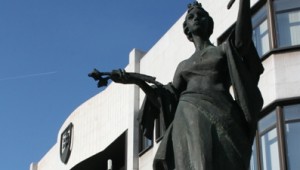 Yesterday evening finance minister Ivan Miklos presented his 2011 draft budget to parliament, which he says is an austerity budget with a pragmatic six percent cut in public spending, for instance.

Miklos said the government felt the budget was a good one that adopts necessary, but probably highly unpopular, measures in order to get the country’s economy back on track.

As could be expected, the opposition was ready to pounce on it. For instance, Miklos’ predecessor Jan Pociatek claimed that it is the citizens that would have to foot the bill for the consolidation of public finances. Pociatek says the government is not capable of making sufficient savings in expenditures, and so will continue to hike up taxes, levies and other fees.

Next in the queue was former economy minister Lubomir Jahnatek, who said the draft budget would leave the Ministry of Economy without sufficient funds, making it inefficient. Jahnatek, even went as far as to hint that the government was putting the ministry to a slow death.

Former culture minister Marek Madaric (Smer-SD) then took his opportunity, saying the area of culture would become dormant in 2011 because of the lack of budget allocation. He said he was surprised at culture minister Daniel Krajcer’s contentment with allocated funds, adding that the his own pessimism was shared by others at the Ministry of Culture.

In his usual cynical way, Igor Matovic from the Ordinary People faction of the SaS party called on opposition MPs from the former government to ask their friends and families that received hundreds of billions of koruna to hand back at least 10% for the good of the country.