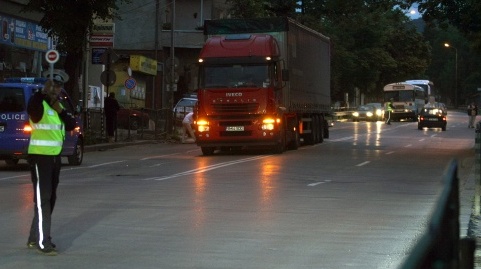 The poor Czech truck driver who unknowingly smuggled drugs into Turkey as part of a fumbled Slovak police operation has finally received compensation for his unexpected 4-day Christmas holiday in a Turkish jail back in 2010.

The driver, Zdeněk Pekara, will now receive EUR 25,000 in compensation from the Ministry of Interior after being treated like a criminal and banned from entering Turkey for a year. This was thanks to the failed sting on a drug smuggling ring, as the Slovak police lost track of the vehicle carrying a drug precursor, but it was stopped and searched by Turkish authorities. Pekara’s truck had set off for Istanbul from the town of Dunajska Streda loaded with a component required for the production of heroin, being used as a lure in an international police operation to catch a gang of drug traffickers in Turkey.

The Czech man does not blame the Slovak police, though, and is content with the payout, as he was worried he would have to go through a lengthy court process. The Slovak and Turkish authorities blamed each other for the incident, though, with Lipsic saying a clear agreement had been made between the Slovak authorities, the Eurojust organisation, and other countries, including Turkey, but that the Turks had broken the agreement.

The Turkish Embassy released an official statement pointing the finger at the Slovak authorities, claiming that the Slovak security forces had not satisfied the requirements and standards that the Turkish authorities were used to.