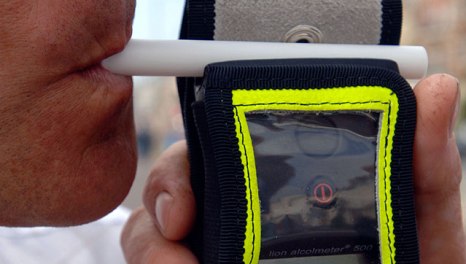 Lack of respect for the law and for other drivers is all too common an occurrence on Slovak roads, and this weekend saw another two lives extinguished because of drunk and dangerous driving.

At 3.24 on Saturday afternoon the motorway cameras caught how a crazed drunk driver did a U-turn on the Pristavny Most bridge in Bratislava and started driving at full speed in the opposite direction. The suicidal Skoda Fabia eventually smashed head on into a taxi carrying a 34-yr old woman passenger, who was killed instantly. The taxi driver is also in a very critical condition, battling for his life in hospital, while the driver escaped with minor injuries.

In another incident in Presov, a routine police check for drunk drivers ended in tragedy at 2 a.m. early Sunday morning, as a 17-yr old driver drove off at speed to avoid the police. The police set off in pursuit, but the high-speed chase that followed through the city centre would prove fateful for the driver’s friend in the passenger seat.

Eventually three patrol cars tried to stop the young driver, but he lost control of his Fiat Panda at a bend and smashed into a concrete barrier, writing off the car and killing his 17-yr old friend, who died on the way to hospital. The driver, who had been drinking, suffered just minor injuries.