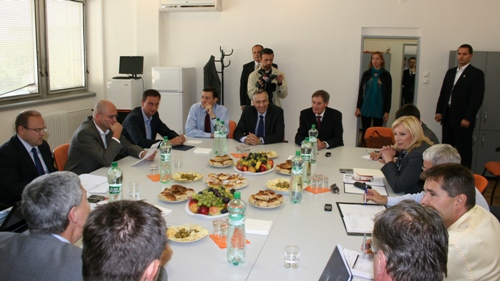 The government has made some progress into resolving the sticky issue of dual citizenship, as at least the coalition has agreed on its shape.

The Coalition Council grilled it out over a six-hour session yesterday, with one of the outcomes being an agreement between coalition parties KDH and Most-Hid on the issue, as their agreement was key to moving forward.

The essence of the agreement, according to Prime Minister Iveta Radicova, is that the Citizenship Act will be stripped of the punishments imposed on citizens. They are basically caught up in the wrangling between Slovakia and Hungary, while also affecting other Slovaks throughout the world who have pending or planned dual citizenship applications.

The KDH was holding up the agreement, but eventually decided to endorse the draft bill proposed by SDKU-DS, SaS and Most-Hid. Something for something, though, as the Most-Hid party of Bela Bugar now must accept KDH’s demand that those with dual citizenship cannot be employed by the security forces of the country. This basically means any post where classified information is handled.

Bugar said he accepted this as standard in many other countries, although he apparently felt stronger about the issue before. The draft does not recognise the law passed in Hungary, though, it being the cause of all the trouble in the first place.

Now the coalition must deal with Igor Matovic’s OL faction of the SaS party, as they have their own opinion on how certain conditions should be included in the law. Matovic is demanding that people requesting dual citizenship must have strong study, work, business or family ties to the country they are requesting from.