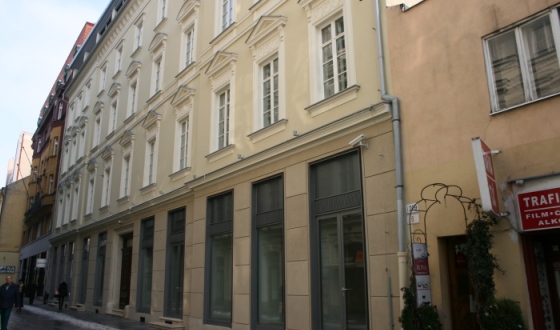 Former Bratislava mayor Andrej Durkovsky is under a lot of pressure these days due to affairs concerning Bratislava waterworks company BVS and the green light he gave to demolish the PKO building in Bratislava.

Now another affair has cropped up, revealing how he endorsed a liability worth EUR 800,000 just one day before his term in office at Bratislava City Hall ended. He will again have to provide an explanation as to why he did not leave the issue to current mayor Milan Vtacnik.

The case was uncovered by TV Markiza yesterday and relates to a dispute over premises in Motesicky Palace in the centre of Bratislava. Back in 2008 the majority owner of the building hiked up payments to the maintenance fund for the building from EUR 0.33 to over EUR 31 per square metre, which essentially forced out many of the tenants and led the other owners to file a lawsuit. All the owners except for the City of Bratislava.

Spokesman for the current mayor, Lubomir Andrassy, said that the case proves that Durkovsky did not act in the interests not just of the city, but also of the people. He said City Hall would have to start paying off the acknowledged liability from April or it could lose the premises altogether.

Durkovsky, who had to leave his beloved KDH party this week over the other affairs, has not yet commented on the latest suspicions, although his assistant did say that the debt would have gone up if he hadn’t signed the agreement.